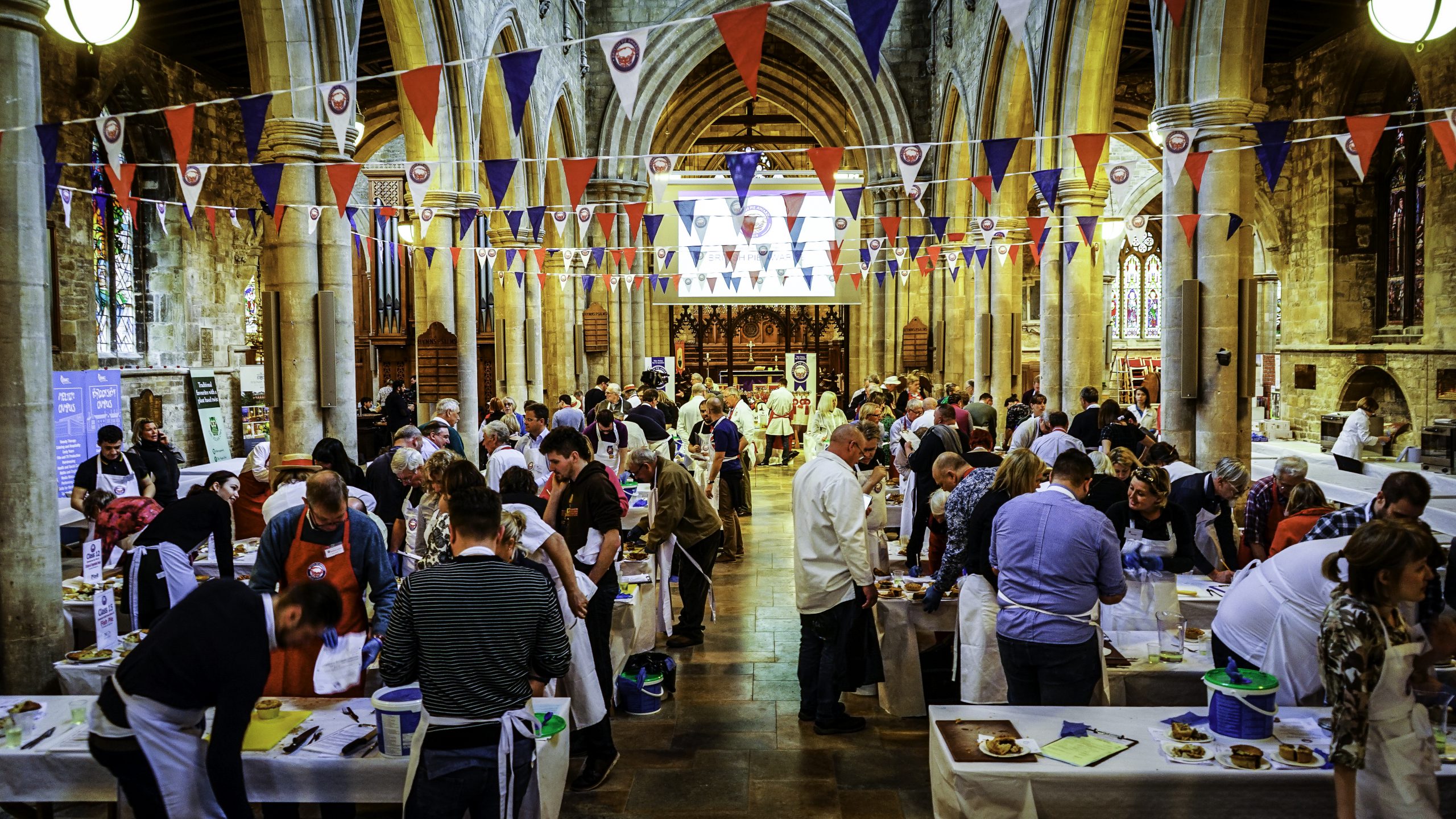 It’s no secret that us Brits love our pies. Hot or chilled, sweet or savoury – we eat around £1billion-worth of them every year.

No celebration quite captures our love for pastry provisions as the world-renowned British Pie Awards, hosted annually during British Pie Week in the Rural Capital of Food, Melton Mowbray.

This year, 900 pies from a staggering 176 producers battled it out to be named the “Pie of Pies”. And what a pie it was…

A first in the 11-year history of the awards, a vegan pie was dubbed Supreme Champion in a controversial turn of events which saw butchers Jon Thorner’s not only steal the crown, but national headlines too!

The Curried Sweet Potato and Butternut Squash Vegan Pie was lauded for its crisp pastry and moist, well-balanced filling. As Matthew O’Callaghan, Chairman of the British Pie Awards, commented: ‘This pie isn’t just for vegans, it’s a pie for everybody. With this award we can truly say that veganism is now entering the mainstream of British food’. The numbers spoke for themselves. 2019’s all-new Vegan Pie Class received the second most entries at 68 pies, behind the Beef & Any Flavour combination class.

For Wild West, this campaign had it all. We executed a heavyweight media relations and digital campaign to garner a near-record number of pie-maker entries. From trade sell-in and consumer diary dates to on-the-day broadcasts, anticipation was building nationwide from January.

Our winner’s announcement, issued on the pulse as the Awards results unfolded, landed more than 30 pieces of national coverage across print, online and broadcast. It was varied too. The Daily Mail told the nation: ‘Don’t get crusty, pie lovers, but winner of top award is…vegan’. The i published a full-page profile on champion pie-maker Jon Thorner, The Times told of a vegan curry pie seeing off meaty rivals. Zoe Ball interviewed previous winner, Turner’s Pies, on the BBC Radio 2 Breakfast Show, and there were on-air tastings of the vegan pie on ITV’s This Morning. And those were just some of the highlights.

Online and offline, the British Pie Awards was sparking conversation – from lambast by the UK’s culinary elite in The Telegraph to the sounding horn of plant-based jubilation. It was a tale of two trending opinions.

At grassroots level, we issued winner’s details in 10 UK regions, securing more than 340 pieces of coverage to mark the success of each award-winning producer.

When the campaign drew to a close, we had driven 391 total media insertions and reached more than 1.3billion people.

And this is exactly what we do… we tell a story, and the story grows.