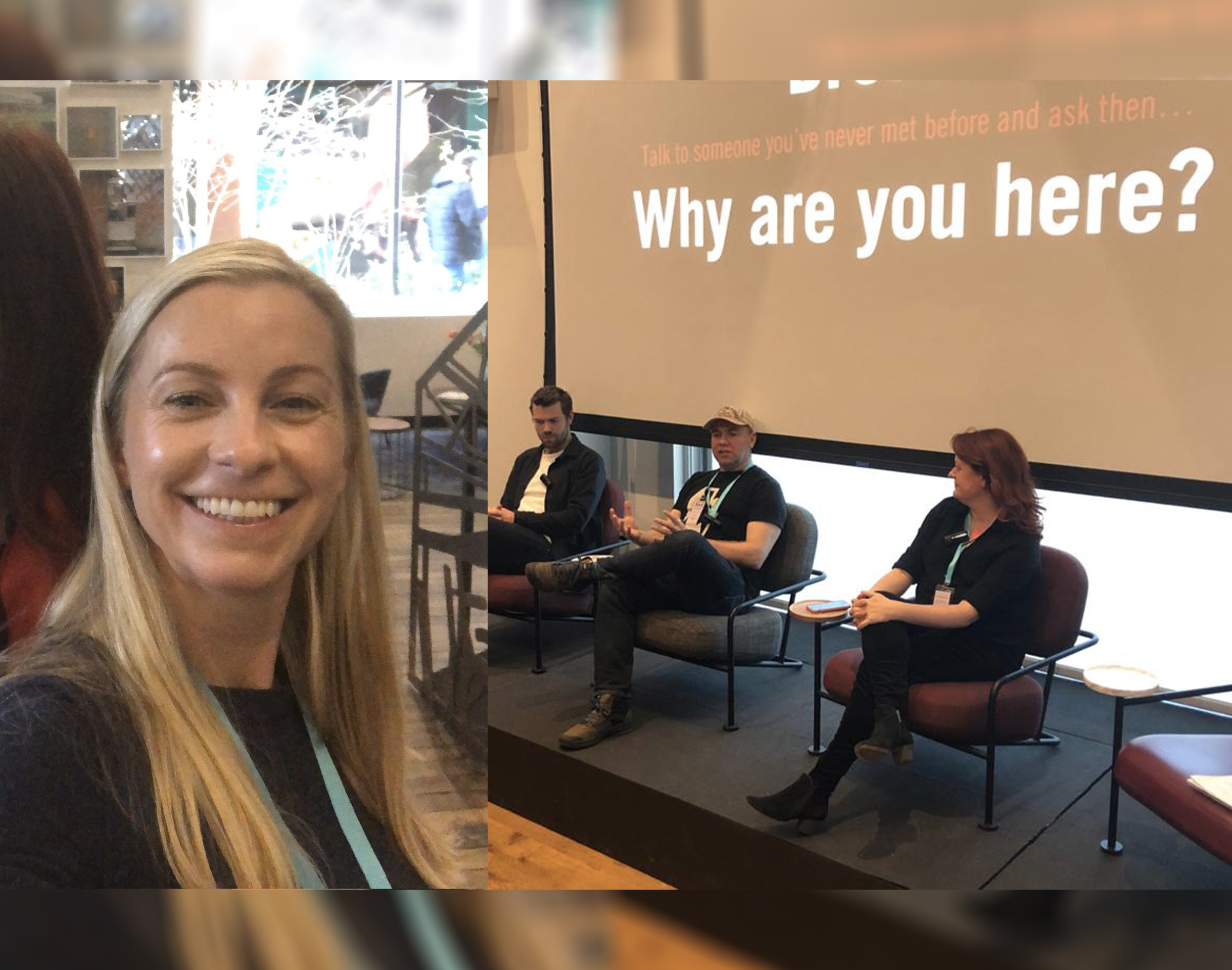 “The pace of change has never been this fast, yet in the future, it will never be this slow again.”  Prime Minister Trudeau.

It feels like there is now a good understanding that to really tackle the climate crisis, we all need to work together; it’s going to take many people, brands, businesses and decision makers to make a difference.  Businesses working as a force for good to create change is happening – but much more is needed.

To help understand our role in the creative comms industry, in opening up debate, conversation and affecting change, I spent an inspirational day at The Creative Changemakers Conference, last month, and wanted to share some learnings.

Creative Conscience is a global movement that improves the communities we live and work in, helping to transform the wider world. They promote socially valuable, human centred design that enables and inspires people to change their lives and the lives of those around them for the better.

I truly believe that creative industries can help make a positive impact on people and planet. Let’s create impact, work together, stop being so individualistic. Be brave.

As Sian Sutherland from Plastic Planet said: “It’s never been a better time to be in the creative industry. We need to reimagine a more positive future.”

Here are a few thought & discussion points from speakers on the day:

The day was led by two designers who met via Creative Conscience – Chrissy Levett and Paul Barlow. They discussed the topic… “Our mission is to inspire creatives to apply their talents to socially valuable projects, promoting sustainability, freedom, social health and wellbeing.”

Xavier Reese from Havas spoke about taking action – not pledges, that don’t happen. “Get shit done” was his mantra. He said, “We can all make an impact. We are at a critical moment – we have treated our planet and people pretty badly… Government is not the only solution. Businesses have the power to effect rapid change.”

Jonathan Porritt, founder of Forum for the Future, was next up.

1974 is when he began his involvement in climate issues, but he discussed how we are now in THE critical moment. He spoke about recarbonisation – putting carbon back into the world – known as ‘blue carbon’ and that it’s just touching policy makers now.  This is about rebuilding eco systems that we all rely on.

Jonathan also went on to talk about the power of young people – Greta Thunberg is a complete game changer. By the end of this year we will have a pretty good sense if this really is the year of change. “It looks better now than it ever has in the whole of my life,” he said. But his warnings? We cannot do this without government. Private sector and civil society alone aren’t enough. We have to bring political systems into this. Political passion has to be part of the piece.

Chris Turner, Director of B Corp Certification, discussed what it means to be a B Corp. To reinvent the goals of business. How? By building a powerful movement. It is rooted in action, that can transform businesses to make a positive impact.

Matt Hocking, from Leap, a designer and founder of a fellow Cornish business, spoke about his experiences in becoming B Corp four years ago, and the benefits for business, people and planet. “Dream Big Dream Hard,” was his final line.

The very impressive Solitaire Townsend from Futurra was next.  She spoke about combining logic (the clever stuff) with creative magic in order to make a genuine difference. And for me, this is when businesses can get smart. We can use our consumer insights and combine this with our ability to tell great stories, to really help and guide brands and their consumers on this journey of change.

Sian Sutherland from Plastic Planet explained that only 9% of plastic is recycled in the UK. Quoting Alan Jope, CEO, Unilever she said, “I sometimes wonder if we’re in the branded litter business.”

Katz Kiely – Founder of Beep talked about her work for the UN in helping drive transformational digital change. “Owning the change.” I bumped into her afterwards and grabbed a selfie! She went on to talk around unleashing the potential of people to solve problems and that having a purpose is fundamental to positive wellbeing at work. This is about doing good for business and wellbeing.

James Bigwell, co-founder of Re_set.  Discussed how only 1% of clothes get recycled.  This is such a complicated global issue – with so many people employed in the fashion worldwide, we can’t just switch it off and expect an immediate change.  He did explain how those that understand ‘circular’ – and the green economy – will make money.

Paul Irwin from TryLife TV finished the day, and wow what an end. His work for young people in the UK and the US, delivering impact via digital film was incredible. Moving and humbling. For me, our people are as important as our planet, and he brought it right back to that value in one fell swoop.

I left with a tear in my eye, but inspired for what change we can all do in our own way as individuals and as business leaders in our sector