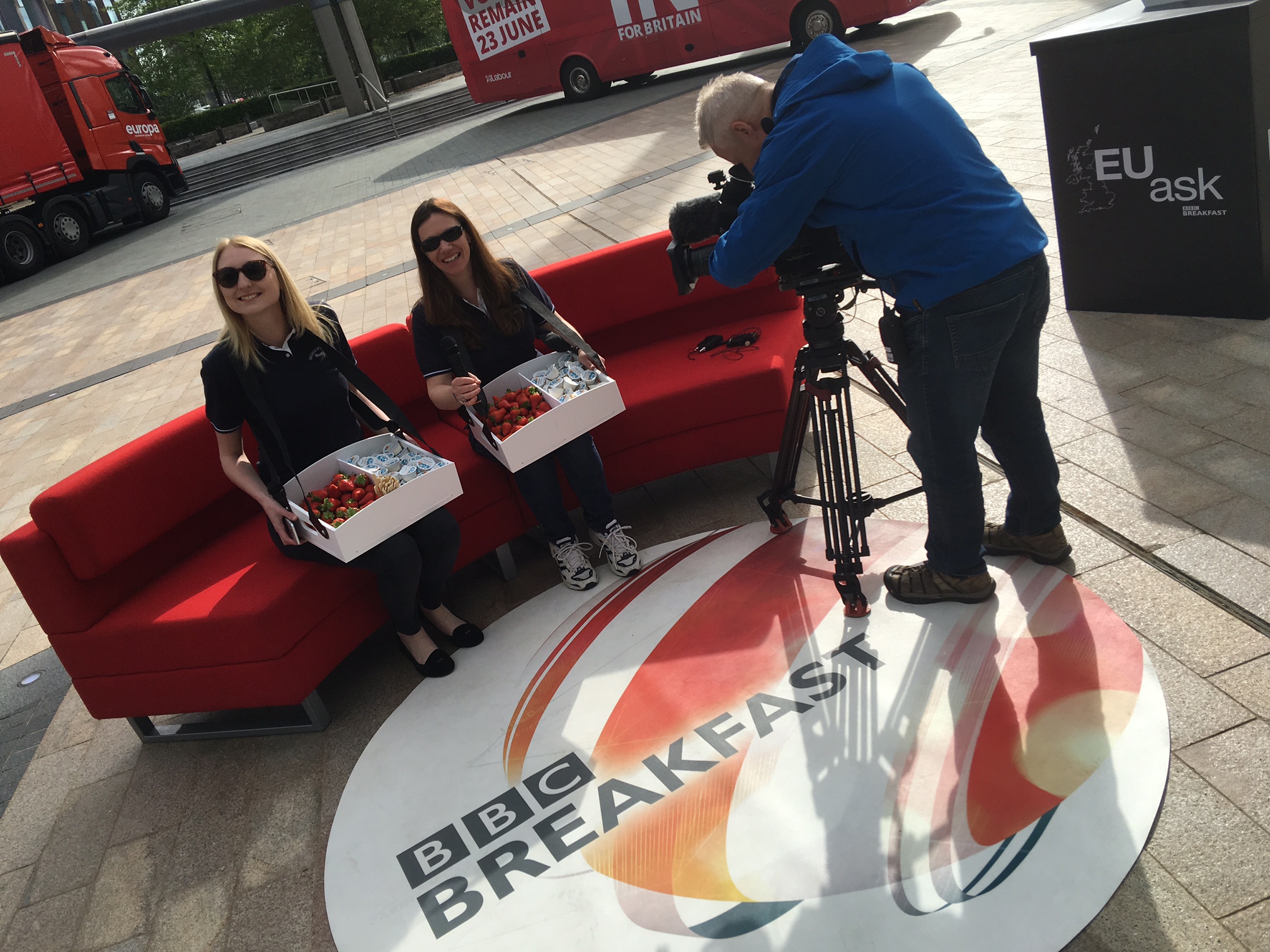 [vc_row][vc_column][mk_image_slideshow images=”1299,1300,1301″ image_width=”780″ image_height=”610″ animation_speed=”100″ pause_on_hover=”true”][vc_separator color=”white”][vc_column_text]Recently the Wild West team joined Rodda’s, the cream of British tennis, in MediaCityUK. The leading Cornish Clotted Cream brand is celebrating its sponsorship of the Lawn Tennis Association this year by touring the country in a bus, sampling strawberries and cream to lucky passers-by.

On Monday morning we parked the Rodda’s bus on the plaza, right in the heart of MediaCityUK, and just metres away from a live outdoor BBC Breakfast broadcast! To be within such close proximity of leading broadcast production teams was invaluable when it came to having in-depth conversations with the media about the origins of the product, updating them on any recent brand news and being able to provide answers to any queries they may have after tasting clotted cream for the first time!

Throughout the day, we handed out almost 5000 portions of strawberries and cream and set up a mini tennis court to give people the chance to enjoy a match in the sunshine, leaving them with a lasting memory of their interaction with the brand. During the afternoon we even ventured into several buildings, allowing us to provide the media with the traditional taste of British summer, without even having to leave their desks.

Around 2,700 staff work for the BBC in Salford alone in 26 departments including BBC Children’s, BBC Sport, BBC Radio 5 and BBC Breakfast. It is also considered a flagship facility for ITV- the Orange Tower is home to over 500 staff including teams from CITV, Granada Reports, factual, entertainment, drama and factual entertainment. This gave us the opportunity to interact and set up meetings with a huge variety of media, talking to producers about their personal interests, their forward planning schedules and how they work on a day-to-day basis.

Taking the Rodda’s bus to the heart of the UK’s media and digital industries in Salford meant that we were able to immerse people in the brand, giving them a memorable experience and something to take away with them!

Although communicating on the phone and via email is becoming faster and more convenient than ever, at Wild West we know that face-to-face interaction is key to forming lasting and valuable relationships with the media. Whether it’s making one of our regular trips to London to meet with national media or catching up with regional reporters here in the West Country, we know from experience that taking the time to travel and meet a journalist for a conversation goes a long way. 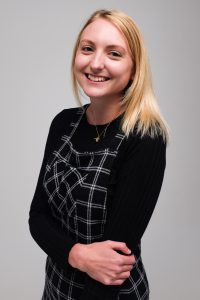