We’ve been tracking the progress of Hackney-based Mare Street Market since its first Instagram post back in October. The exciting venture, founded by Mark Francis-Baum (of BarWorks), brings together under one roof a collection of local businesses – a florist, record store, deli, coffee shop, podcast station, restaurant and more. And when it was announced that Gizzi Erskine would be heading up the food offering in her first restaurant venture, it was enough to get salivating in suspense.

The project has cleverly used Instagram to inform and engage potential customers from the offset, with the progress of the renovation and creative development shared in a steady drip feed of stunning images.

The launch itself has been brilliantly planned, with the staggered opening of each element providing a long and varied stream of stories.

The Open Kitchen opening was handled with a soft launch night held twelve days before the doors opened to the public. From an operational perspective, this provided a rehearsal with time to make any changes needed to get things 100% right for the opening.

The truth is that, however prepared you might be, nobody really knows how a restaurant will run until you’re actually doing it. All manner of things can trip you up in the first few days and it can take time to get things running smoothly.

In its first week of opening, Mare Street Market offered 50% off food, and coffees for £1 – a move that not only got people through the door and spread goodwill, but also eased the pressure and customer expectation.

Gizzi tweeted to say thank you to everyone who came, acknowledging that that had experienced “relentless problems popping up all over the place” and that they were doing their best. This kind of honesty is refreshing and appreciated by the paying masses.

With TripAdvisor and social media sometimes creating a ‘wildfire’ effect when it comes to the spread of criticism, restaurants can be brought to their knees quite easily with negative feedback. We commend Mare Street Market for using social media to build a fan base, spread goodwill, and manage issues honestly – a great job!

We did it. Our first week done. Thank you all for coming down. We were heaving and you guys filled the place with the most brilliant atmosphere. You turned up in your thousands and we served hundreds of you a day. We weren’t expecting so many of you. Good grief that was intense, and challenging with relentless problems popping up all over the place, but you persevered and understood and we are so grateful for that. This, I think it’s fair to say, was probably the hardest soft launch in history. We have the most fantastic team of people working with us @marestreetmarket and they have actually made this, complex and unique operation work. And it does work. There are too many to shout out to and everyone involved in the project has gone to the ends of the earth . But I have to give special thanks to @wallythecat1 @philthyfood @drewsnaith @jenwake @tomhaydon and the man who’s wearing it mostly @way_master THANK YOU. We now have a day to reset and will be closed but open, all except the main restaurant for real this Wednesday. I cannot wait.

The added incentive of course, is that people will be keen to return to try the next new element of the market – Gizzi’s Dining Room and Raw Bar will be opening soon and we can’t wait to visit.

If this blog was insightful and you would like to talk with us further, please don’t hesitate to get in touch with our team below. 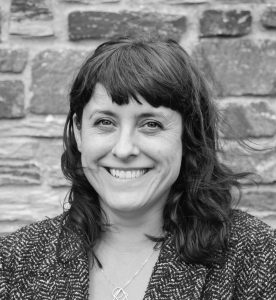